Your questions and comments are important to us.

The Greek answer to Bitcoin is Gene, created by the ParkGene company, and is trading on the online market with relative success.

Singapore-based ParkGene is practically run from Athens, where its founding team is located. Since end-December it has been extremely busy, having started its own initial coin offering (ICO), which has done quite well considering it has already sold more than 42 million Genes. The coins sold are valued at $4.2 million (3.44 million euros) and its target is to reach $35 million by February 19. This capital will allow the company to promote Gene around the world, with the aim of selling 1 billion units.

So what can you buy with Genes? To start with, “you will be able to rent parking spaces,” says ParkGene head Ilias Hatzis, the man behind the Greek cryptocurrency. “It’s like Airbnb for your car,” he explains, noting that the company’s aim is to penetrate the international parking market, valued at $100 billion per year.

According to Hatzis, when a car leaves its parking spot, for instance when its driver goes to work, the space is re-leased and can be used by someone visiting the area. There could be an exchange between the two drivers, with ParkGene collecting a small commission – in Genes. 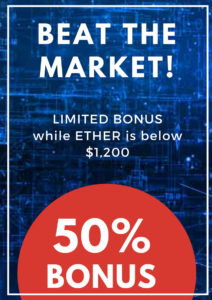